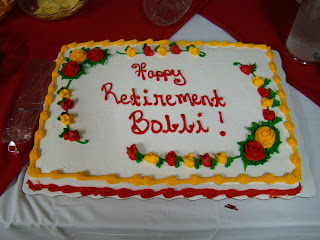 Sun Valley Lodge staff, residents, and families gathered last week to
celebrate the career of their long-time Director of Nursing, Bobbi Jackson, who
stepped down after 12 years of guiding the SVL Healthcare Center.  Bobbi left on a high note after receiving yet
another perfect score on the annual Arizona Department of Health Services
survey just days before retiring.  The
inspection found the Lodge’s skilled nursing center to have no deficiencies; a
strong testimonial to the care Bobbi provided for all of her residents.

Lodge Executive Director Michael Fahey who has worked with Bobbi for
over 30 years at SVL and other facilities credits her with much of the Lodge’s
excellent reputation.  “When
I think of Bobbi I think of the following: competent; confident; trustworthy;
clinically sharp (the best I’ve seen clinically in my 33 years of working);
fair minded in her management style; strong as a manager and a leader; able to
make the tough decisions which are the best for Sun Valley Lodge but often painful
to make personally; worked well with her own department and all other
departments.”
Michael not only
credited the Health Care Center’s excellent reputation to Bobbi, but thanked
her for getting the Assisted Living off to a great start several years ago.   Bobbi
served as the clinician for three years because the Lodge did not have a
licensed nurse on staff.
Michael spoke for all
of the Lodge when he said,” we are most grateful and appreciative of Bobbi’s
work ethic and the impact she had made on all of Sun Valley Lodge.  Quality Care and Positive Outcomes are her
hallmark.” 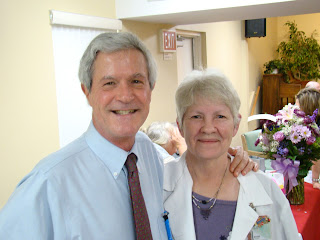 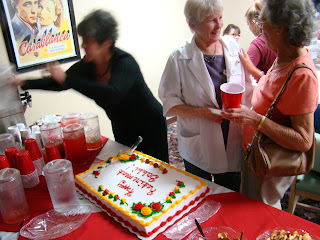 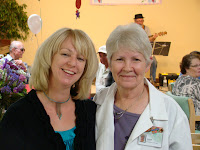 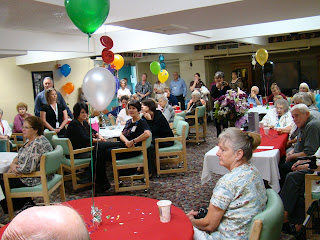 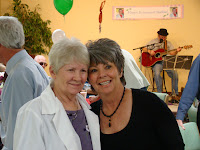 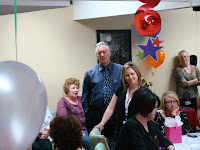