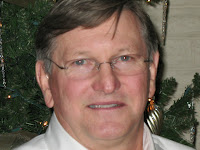 Stan Hughes will be serving as our winter chaplain and attending to Lodge spiritual needs starting in January. Stan grew up in Ohio and has an extensive and diverse background. After serving 4 years in the U.S. Air Force, he earned a B.S. Degree in Finance from Ohio State University and has worked in banking and insurance.

Stan served as the elected Gallatin County Treasurer in Bozeman, Montana for 10 years before accepting a tax service company position in Phoenix in 1997. He was a featured speaker at many state and national conferences of county treasurers. While county treasurer, he earned a Master of Public Administration Degree from Montana State University. He also served as the president of a private golf club and earned a private pilot’s license.

Stan has served in a variety of church positions through the years, including being ordained as a pastor in a Baptist Church and as an elder in the Presbyterian Church. He completed over 2 years of seminary training at Pittsburgh Theological Seminary and Western Conservative Baptist Seminary and still plans to complete a Master of Divinity degree. He founded and ran a Bible Institute and helped found and served as president of a Christian school that currently has over 400 K-12 students. He was the Director of a Christian Ministry in the National Parks and a Park Ranger for 2 years in Glacier National Park, Montana. Most recently, he was the Pastor of Small Groups and Bookstore Manager for over two years at Christ’s Church of the Valley (CCV) in Peoria, AZ.

Stan and his wife Jan have been married for 41 years. They have 2 daughters and 4 grandchildren with 2 more grandchildren on the way. In his spare time, Stan enjoys reading, working on the computer, playing golf and serving as an instructor with the Maricopa County Sheriff’s Posse.